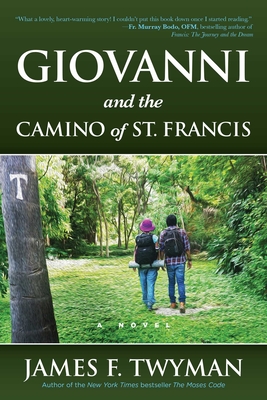 Giovanni and the Camino of St. Francis

Anna swore she would never go back to her hometown of Assisi; but a serendipitous encounter with a book draws her back to walk the Italian Camino of St. Francis. There, she meets a mysterious stranger who may hold the key to healing her wounded spirit. Anna, an Italian immigrant living in Portland, OR, was shunned from her hometown of Assisi at age 16. She vowed she would never return to the family who cast her away, but one day while browsing a bookstore, a guide to the Camino of St. Francis falls from a shelf and knocks her on the head. Reluctantly, she answers the call to return to Italy and walks in the steps of the humble Saint in an attempt to reconcile the wounds of her past. Arriving in La Verna, Anna's heart is hard and her defenses are high. It is then that she meets a young stranger named Giovanni, who seems to show up during her moments of greatest need (including a tumble down a steep hill into a ravine). The two begin walking in the footsteps of St. Francis together, Anna finds her heart softening as she listens to Giovanni's parables--and begins to observe the miracles that surround them wherever they go.

James Twyman is the author of sixteen books including the New York Times bestseller The Moses Code. Known as the Peace Troubadour, James has been invited by world leaders and peace organizations to perform the Peace Concert in countries like Iraq, Croatia, Bosnia and South Africa, often while wars or conflicts raged around him. During many of these trips he drew millions of people together to pray for peace during worldwide peace meditations. James has produced and/or directed seven feature films including award winners Indigo and Redwood Highway, and has produced twelve music CD's including the "I AM Wishes Fulfilled Meditation" (with Dr. Wayne Dyer) which was a Billboard Charts #1 bestseller. He also was the founder of The Seminary of Spiritual Peacemaking, which has ordained over 600 ministers from around the world. He currently lives in Ajijic, Mexico and is the director of the Namaste Lake Chapala spiritual community.
Loading...
or
Not Currently Available for Direct Purchase