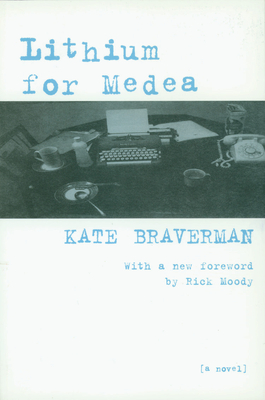 Lithium for Medea is as much a tale of addiction—to sex, drugs, and dysfunctional family chains—as it is one of mothers and daughters, their mutual rebellion and unconscious mimicry. Here is the story according to Rose—the daughter of a narcissistic, emotionally crippled mother and a father who shadowboxes with death in hospital corridors—as she slips deeply and dangerously into the lair of a cocaine-fed artist in the bohemian squalor of Venice. Lithium for Medea sears us with Rose’s breathless, fierce, visceral flight—like a drug that leaves one’s perceptions forever altered.

Praise For Lithium for Medea: A Novel…


“[Lithium for Medea] has the power and intensity you don't see much outside of rock and roll.” –Greil Marcus, Rolling Stone


“Kate Braverman has the ability to write a great tragedy.” –New York Times


“[Lithium for Medea] lays bare the dark side of the family while ironically affirming the primacy of familial allegiance … The vividness of poetic image is present from the first page.” –Miami Herald
or
Not Currently Available for Direct Purchase
Copyright © 2020 American Booksellers Association