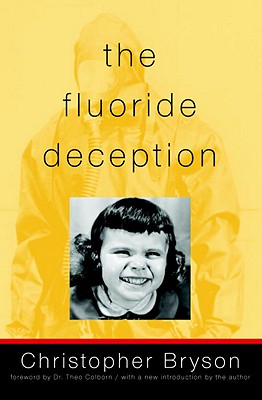 With the narrative punch of Jonathan Harr's A Civil Action and the commitment to environmental truth-telling of Erin Brockovich, The Fluoride Deception documents a powerful connection between big corporations, the U.S. military, and the historic reassurances of fluoride safety provided by the nation's public health establishment. The Fluoride Deception reads like a thriller, but one supported by two hundred pages of source notes, years of investigative reporting, scores of scientist interviews, and archival research in places such as the newly opened files of the Manhattan Project and the Atomic Energy Commission. The book is nothing less than an exhumation of one of the great secret narratives of the industrial era: how a grim workplace poison and the most damaging environmental pollutant of the cold war was added to our drinking water and toothpaste.

Praise For The Fluoride Deception…

"Whether you are for or against, or even neutral on water fluoridation, you owe it to yourself to read The Fluoride Deception.  By chapter 3 you’ll find the arguments against water fluoridation compelling.  The book is well written, and reads like a very good fiction novel."—The Water Exchange

CHRISTOPHER BRYSON is an award-winning investigative reporter and a television producer. He covered Guatemalan Army human rights abuses from Central America in the late 1980's for the BBC World Service, National Public Radio and The Atlanta Constitution. He was part of the investigative team that won a George Polk Award and Sidney Hillman Prize with Jonathan Kwitny at Public Television's The Kwitny Report. Bryson's reporting for The Manchester Guardian, The Christian Science Monitor, Lingua Franca and the BBC has included investigations of David Duke's Nazi past, NASA's nuclear payloads, the Rev. Sun Myung Moon's Unification Church, and CIA links to Radio Free Europe. In 1998 he was part of a team that won a National Headliner award for a History Channel documentary on the bombing of Pan Am flight 103. He lives in New York City with his wife Molly and son Owen.
Loading...
or
Not Currently Available for Direct Purchase