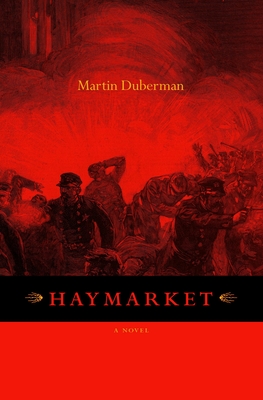 On the night of May 4, 1886, during a peaceful demonstration of labor activists in Haymarket Square in Chicago, a dynamite bomb was thrown into the ranks of police -trying to disperse the crowd. The officers immediately opened fire, killing a number of protestors and wounding some two hundred others.

Albert Parsons was the best-known of those hanged; Haymarket is his story. Parsons, humanist and autodidact, was an ex-Confederate soldier who grew up in Texas in the 1870s, and fell in love with Lucy Gonzalez, a vibrant, outspoken black woman who preferred to describe herself as of Spanish and Creole descent. The novel tells the story of their lives together, of their growing political involvement, of the formation of a colorful circle of "co-conspirators"-immigrants, radical intellectuals, journalists, advocates of the working class-and of the events culminating in bloodshed.

More than just a moving story of love and human struggle, more than a faithful account of a watershed event in United States history, Haymarket presents a layered and dynamic revelation of late nineteenth-century Chicago, and of the lives of a handful of remarkable individuals who were willing to risk their lives for the promise of social change.

Praise For Haymarket: A Novel…

“[A] deeply moving tale that works as both love story and political statement.” –Jay Freeman, Booklist

“Haymarket is a spirited fictional reconstruction of the police-instigated Haymarket riot in Chicago in 1886. . . . [W]e should be grateful to Duberman for spotlighting a neglected chapter in the struggle for workplace rights and human dignity.” –Peter Franck, Washington Post

“This book brings to life a haunting episode in the ever moving history of American labor. I read it with pleasure and profit.” –Vivian Gornick, author of Fierce Attachments

“Haymarket reveals Martin Duberman's unique combination fo talents as historian and writer of imaginative literature. Through the story of Albert and Lucy Parsons, he brings to life the social texture and gross inequalities of Reconstruction Texas and Gilded Age Chicago, and strikingly illuminates the radicalism that helped to shape modern America.” –Eric Foner, DeWitt Clinton Professor of History, Columbia University

“Easy to read and bursting with history.” –Seattle Times

MARTIN DUBERMAN is Distinguished Professor of History at the City University of New York and the author of some twenty books.
Loading...
or
Not Currently Available for Direct Purchase