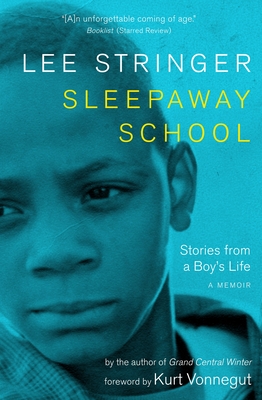 Stories from a Boy's Life: A Memoir

Like his brother before him, Stringer was surrendered to foster care, shortly after birth, by his unwed and underemployed mother—a common practice for unmarried women in mid-century America. Less common was that she returned six years later to reclaim her children. Rather than leading to a happy ending, though, this is where Stringer's story begins. The clash of being poor and black in an affluent, largely white New York suburb begins to foment pain and rage which erupts, more often than not, when he is at school. One violent episode results in his expulsion from the sixth grade and his subsequent three-year stint at Hawthorne, the "sleepaway school" of the title.

What follows is an intensely personal, American journey: a universal story of childhood where childhood universals are absent. We experience how a child fashions his life out of the materials given to him, however threadbare. This is a "boy-meets-world" story, the chronicle of one child’s struggle simply to be.

Praise For Sleepaway School: Stories from a Boy's Life: A Memoir…

“Stringer deftly tells a believable, candid and vivid tale of a person scarred by his past.” –Publishers Weekly


“In a riveting memoir, the author of the acclaimed Grand Central Winter: Stories from the Street (1998) goes back to his 1960s troubled childhood as a foster kid growing up poor and black in a wealthy white neighborhood in upstate New York. When his blind fury at a racist insult leads to violence, Lee gets sent to a school for troubled boys, where most kids are white and middle class and he stands out as the welfare kid who never had it so good. Told in more than 30 connected stories, the eloquent, present-tense narrative has the immediacy of Tobias Wolff's This Boy's Life . . . . t's an unforgettable coming-of-age.” –Booklist, Starred Review


“The most surprising thing about Sleepaway School is that it is not grim. In fact, much of it is lighthearted and free from bitterness. . . . [T]he reader doesn't feel distanced but engaged, and this is the real strength of the book.” –Mary J. Elkins, Rocky Mountain News