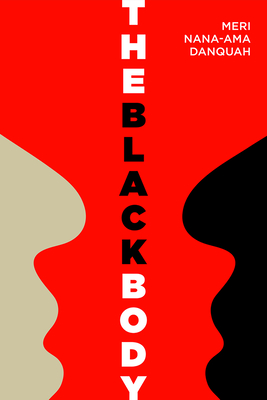 Praise For The Black Body…

“Meri Nana-Ama Danquah's The Black Body is a bold, cutting-edge and ultimately uplifting anthology destined to become a classic in African-American literature. There is a hunger for redemption in these ethereal essays which is triumphant.” —Douglas Brinkley, author of The Wilderness Warrior and Rosa Parks

“An intimate collection of thoughts about a subject which too often causes people to retreat across distances seemingly too wide to cross.” —Awo Ansu, New York Examiner

“Danquah's literary libation to the Black body consists of a collaboration of folks—Black, White, and both—all of whom seek to convey what it's like to live in one, be a part of one, and be affected by one. Before opening The Black Body, I already had preconceived notions of how I thought it would read, considering the fact that I have a Black body, myself. I should have known better. It wasn't necessarily the topics covered that surprised me, but the way in which they were interpreted and the eloquence with which some of the authors conveyed the subject.” —Olupero R. Aiyenimelo, Feminist Review

“Meri Danquah has taken the race debate to another level, deeper and more provocative than we've gone before.” —Danzy Senna, author of Where Did You Sleep Last Night? and Caucasia

MERI NANA-AMA DANQUAH's previous work includes the groundbreaking memoir Willow Weep for Me: A Black Woman's Journey Through Depression and two critically acclaimed anthologies, Becoming American and Shaking the Tree. She earned an MFA in creative writing and literature from Bennington College. A native of Ghana and a single mother, Danquah lives in Los Angeles, California.
Loading...
or
Not Currently Available for Direct Purchase