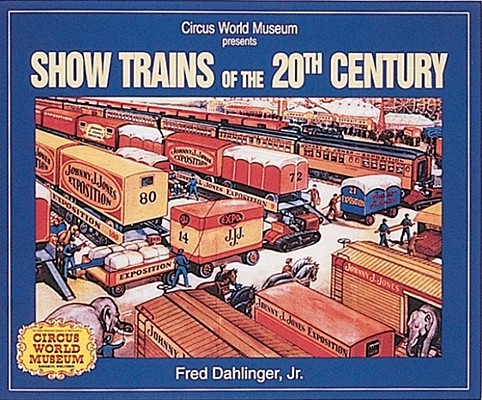 Show Trains of the 20th Century

Show trains were once a common sight across America, transporting their mysterious cargo from town to town. Now the enchantment of show trains is beautifully captured for all to enjoy. Rare photographs presented by the Circus World Museum in Baraboo, Wisconsin, display the unusual construction and exotic cargo of show trains. Witness all types of eye-popping traveling show cars including carnival trains, minstrel show cars, Uncle Tom's Cabin show cars, whale and other animal show cars. -Step right up- and see them for yourself!

Bruce Nelson has worked in the transportation industry since graduating from the University of Illinois at Chicago in 1984 with a Bachelor of Science degree in business administration. Following more than 25 years of service with the Chicago Transit Authority, where he worked his way up through the ranks to the position of general manager, he is now employed by Parsons Brinckerhoff, an international engineering consulting firm. His interests include photography, music performance and the study of American history. He has authored many articles on transportation-related subjects for a variety of publications, and his photographs have appeared in numerous newspapers, magazines and history books. A lifelong resident of northeastern Illinois, Bruce lives in Chicago with his wife, Jennifer.
Loading...
or
Not Currently Available for Direct Purchase