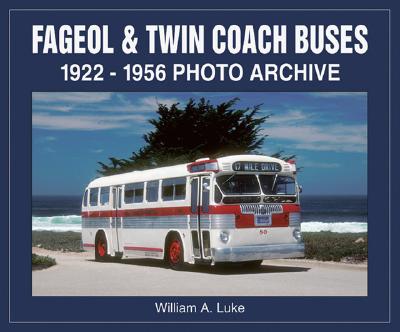 An innovator in the bus business, Fageol was the first company to build a bus from the ground up, and it was called the Safety Coach. Later in 1927 the Fageol brothers sold out and began Twin Coach. They then built the Model 40 Twin Coach - a twin engine city bus that began the city bus business. This bus operated for up to 20 years in many cities - a rarity at the time. In 1960 Twin Coach was bought by Flxible. Period photos, with detailed captions, tell the story of these buses. This is a book bus enthusiasts won't want to miss.

William Luke has had a life-long interest in buses. From driving buses and managing a bus company in his early years, Luke founded Bus Ride magazine (one of the premier trade journals of the bus industry) and also founded Buses International Association with members in 22 countries around the world. Now inducted into the American Public Transit Association Hall of Fame, Luke has written countless books and articles for various bus publications. He continues to visit and document bus manufacturers and bus systems all over the world.
Loading...
or
Not Currently Available for Direct Purchase