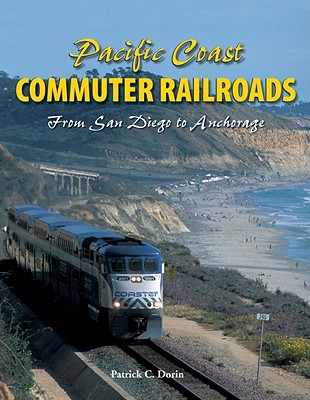 From San Diego to Anchorage

Commuter railroads represent a new era for rail passenger services in North America. This book covers all of the new routes in operation or in the planning stage from San Diego to Anchorage.  The West Coast metropolitan areas have recognized the fact that rail passenger service is the only energy solution to pollution and congestion, as well as improving home life and productivity at work.  Take a ride on the Coaster in San Diego, MetroLink in Los Angeles, Amtrak's Surfliner Rail to Rail in Southern California, San Francisco's Caltrain, the Altamont Commuter Express between San Jose and Stockton, Amtrak's Capitol Corridor between San Jose and Sacramento, the Sounder in Seattle and the West Coast Express in Vancouver.  New Tri-Met service in Portland is scheduled to start in September, 2008; and there are visions for service in Anchorage, Alaska.  Rail fans, modelers, transportation planners, and folks living in the new rail service areas can use this book for travel, transit planning, modeling and new levels of knowledge about passenger rail service.

Patrick C. Dorin has been interested in railroads since he was two. He worked for the railroad industry while going to college and for several years after and also has taught transportation at the university level. His interest in railroads has resulted in numerous books on railroad subjects.
Loading...
or
Not Currently Available for Direct Purchase