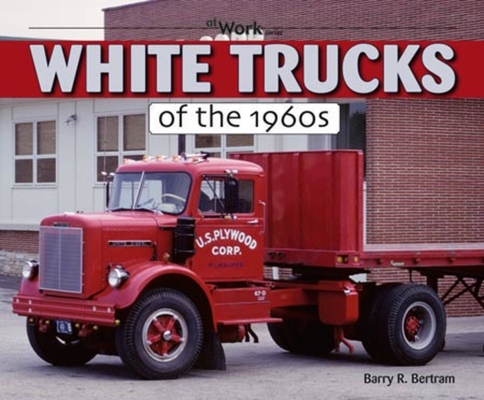 White Trucks of the 1960s At Work (Paperback)

White Motor Company was a major producer of American trucks between 1919 and 1980 with its primary manufacturing facilities in Cleveland, Ohio. The company began as a sewing machine manufacturing concern founded in 1876 by Thomas H. White and expanded by his sons into steam and gasoline-powered automobiles; however, it was in the trucking field that White made its mark. During its production years, White offered a broad array of light, medium, and heavy-duty trucks before concentrating on the latter from the 1960s on. In addition to its brand name, White purchased and/or marketed a number of other trucking manufacturers, including Reo, Diamond T, Diamond Reo, Autocar, Whitehorse, PDQ, Western Star, and White Freightliner trucks. White fell on hard financial times and declared bankruptcy in 1980. The named lived on for awhile in the 1980s under the parentage of corporate giant Volvo. This book reviews White medium and heavy-duty truck models in roughly the decade of the 1960s, including the 1500, 4000, 5000, 7400, and 9000 series.

If truck-guy genes are in the blood, Barry surely got some handed down to him from his father. Both he and his father were particularly fond of White Trucks, and with Barry's on-hand experience, knowledge, and vast resources, he has created a book worthy of handing down to truck-guy generations to come.
or
Not Currently Available for Direct Purchase
Copyright © 2020 American Booksellers Association