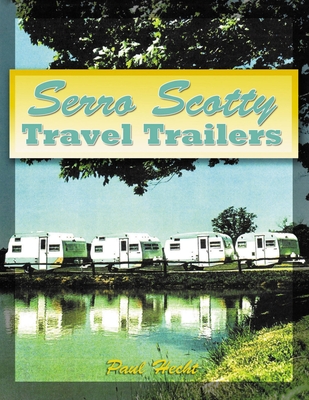 This book will take us on John Serro's journey from producing the first 16' Scotty Pup trailer in 1956 to the more popular 18' HiLander produced in the 60's and 70's. Because Scotty Trailers were not produced on an assembly line, just like the Americans who bought them, no two are exactly alike. The Scotty line, while fairly extensive (ranging from teardrops to fully self-contained 18' models), each were simple in design, most sporting the iconic aqua and white paint scheme, and all stamped with the Scotty Pup logo. Vintage travel trailers have never been more popular with the demographic evolving drastically to a younger, more affluent group of people. And while Airstreams seem to be the shiny star of the day, the Serro Scotty trailers were always right there barking up the same vintage tree. Not only are Scotty Trailers quintessentially retro, they are lightweight, very affordable and easy to restore, and accessible to everyone!

Beginning his career in Television and Film as an Art Director, Paul Hecht worked his way up the Holywood ladder to establish himself as an Interior Designer, eventually designing the homes of some of Hollywood's brightest stars. While growing a successful business in Los Angeles, Paul appeared on several television shows as a design expert, starred as a series regular on Lifetime Television's "Merge" with Lisa Rinna and most recently shot a pilot for HGTV, "Buy It with Paul Hecht." Paul's infatuation with travel trailers started at an early age and has not slowed down; he purchased and restored his first trailer while in college, bought a fleet of Airstreams (hoping to create his own vintage trailer themed resort in the California desert) and more recently stumbled upon a Serro Scotty in the Pennsylvania countryside, which he quickly transformed into his design office, complete with vintage wallpaper, chandeliers and pink flamingos.
Loading...
or
Not Currently Available for Direct Purchase