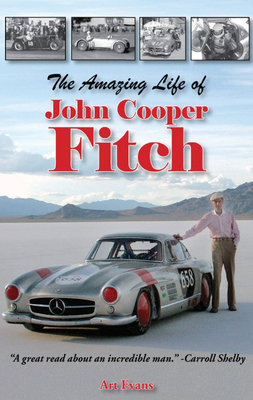 "A great read about an incredible man." - Carroll Shelby

Art Evans has a varied and extensive background. During the fifties, he and his partner, OCee Ritch, had a public relations and advertising company that represented the MG Mitten Company, Devin Enterprises and Gough Industries among other car-related organizations. The author of ten books about photography plus others on different subjects, Evans has written numerous articles for photography and automotive magazines as well as professional journals. In addition, he has written eleven books about motor racing. In retirement, Evans pursues pastimes including writing about the fabulous fifties and serving as secretary and newsletter editor of The Fabulous Fifties Association.