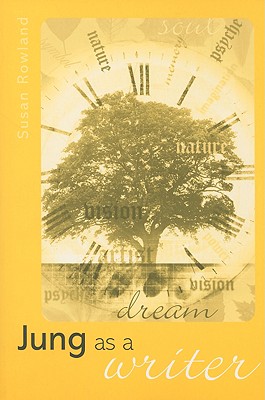 Jung as a Writer

Jung as a Writer traces a relationship between Jung and literature by analysing his texts using the methodology of literary theory. This investigation serves to illuminate the literary nature of Jung's writing in order to shed new light on his psychology and its relationship with literature as a cultural practice.

Jung employed literary devices throughout his writing, including direct and indirect argument, anecdote, fantasy, myth, epic, textual analysis and metaphor. Susan Rowland examines Jung's use of literary techniques in several of his works, including Anima and Animus, On the Nature of the Psyche, Psychology and Alchemy and Synchronicity and describes Jung's need for literature in order to capture in writing his ideas about the unconscious. Jung as a Writer succeeds in demonstrating Jung's contribution to literary and cultural theory in autobiography, gender studies, postmodernism, feminism, deconstruction and hermeneutics and concludes by giving a new culturally-orientated Jungian criticism.

The application of literary theory to Jung's works provides a new perspective on Jungian Psychology that will be of interest to anyone involved in the study of Jung, Psychoanalysis, literary theory and cultural studies.