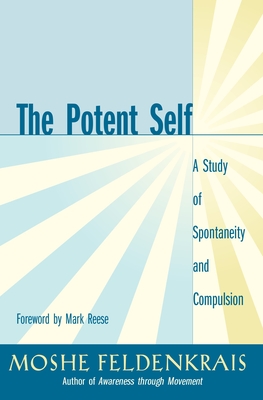 A Study of Spontaneity and Compulsion

Moshe Feldenkrais, D.Sc., a visionary scientist who pioneered the field of mind-body education and therapy, has inspired countless people worldwide. His ability to translate his theories on human function into action resulted in the creation of his technique, now known as the Feldenkrais Method of Somatic Education. In The Potent Self, Feldenkrais delves deeply into the relationship between faulty posture, pain, and the underlying emotional mechanisms that lead to compulsive and dependent human behavior. He shares remarkable insights into resistance, motivation, habit formation, and the place of sex in full human potential. The Potent Self offers Feldenkrais' vision of how to achieve physical and mental wellness through the development of authentic maturity. This edition includes and extensive Forward by Mark Reese, a longtime student of Feldenkrais, in which Reese discusses many of the important ideas in the book and places them in the context of Feldenkrais' life and the intellectual and historical milieu of his time.

Praise For The Potent Self: A Study of Spontaneity and Compulsion…

"The heritage of Moshe Feldenkrais proves its mettle year by year, as his original vision takes root among the thousands of practitioners and students who carry his method forward. His often brilliant turns of mind are scattered among a handful of books left to posterity. The Potent Self is one of the most important."
—Don Hanlon Johnson, Professor of Somatics, California Institute of Integral Studies; editor of Groundworks and Bone, Breath, and Gesture

"The radical roots of Moshe Feldenkrais’ Method are clearly apparent in this book, displaying how his work evolved from his concerns about the deleterious effect of family and society upon the growth and development of human beings. Mark Reese’s new Foreword beautifully traces the historical and cultural context in which the book came about, and brings to life the current relevance of Feldenkrais’ thinking of fifty years ago. The Potent Self is still potent. It is well worth reading and rereading."
—Carl Ginsburg, Ph.D., Feldenkrais Trainer

"Moshe Feldenkrais has created a towering body of knowledge. There is no other theory or practice that delves so knowingly and deeply into the relationship between the body, its reflexes, its habitual levels of muscular tension, and gravity. Feldenkrais [is] as seminal to somatics as Freud was to psychology."
—Robert Shaw, M.D., Medical Director, The Family Institute of Berkeley, CA

Moshe Feldenkrais, D.Sc., is the founder of what is today called the Feldenkrais Method. As a result of suffering debilitating injuries, Feldenkrais began an intense exploration into the relationship between bodily movement and healing, feeling, thinking, and learning. In the process of healing himself, Feldenkrais made revolutionary discoveries, culminating in the development of the method that now bears his name. There are two aspects to his method: an individual manipulatory technique of neuromotor education called Functional Integration and a group technique called Awareness Through Movement. His unique and subtle approach to facilitating human change and to improving functioning is spelled out in a number of influential books, including: Awareness Through Movement, Body and Mature Behavior, and The Elusive Obvious. Dr. Feldenkrais is also the author of a number of books about Judo and one of the first Europeans to hold a black belt in the art. Today there are nearly four thousand Feldenkrais Method Practitioners around the globe. His insights contributed to the development of the new field of somatic education and continue to influence disciplines such as the arts, education, psychology, child development, physical and occupational therapy, sports enhancement, and gerontology.
Loading...
or
Not Currently Available for Direct Purchase