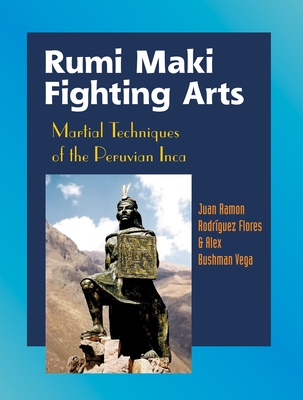 Martial Techniques of the Peruvian Inca

An unprecedented voyage into the world of Peru’s indigenous warrior culture, Rumi Maki offers a fascinating look at this exotic martial art as preserved by a practicing master. The book begins win an in-depth look at the history of the sacred Incan fighting arts, dispelling many of the myths surrounding them. The authors then present a detailed look at Rumi Maki’s five-level structure, with step-by-step instructions and demonstrations of the techniques from each level. The Incas' unique approach to physical and mental conditioning, philosophy, spirituality, weaponry, and military structure are also presented for the first time. Hundreds of photographs and illustrations help further document the Incas' martial legacy. Of great interest to all martial arts enthusiasts, the book’s absorbing description of early Peruvian civilization attracts readers interested in the cultural and spiritual history of the Andean people.

Juan Ramon Rodriguez Flores, a native of Lima Peru, began his study of the martial arts at the age of seven. During the 1960’s while in the Junin region he was initiated into the indigenous martial arts of Peru by Eugenio Panta. He is a member of the South American Association of Martial Arts, and the Latin American Association of Martial Arts Instructors. He has also served as a self defense instructor for the Center for Criminological and Penitentiary Studies.

David Alexander Bushman Vega is a first generation Peruvian-American living in Sacramento California and an active student of the martial arts. He holds a Shidoshi license in Bujinkan Budo Taijutsu, a Japanese martial art and continues to further his studies under instructors in Japan, Europe, the United States and South America.
Loading...
or
Not Currently Available for Direct Purchase