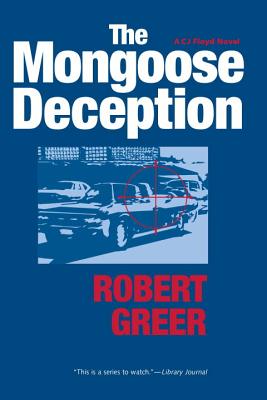 When Cornelius McPherson, a former highway maintenance man, finds himself trapped in a tunnel he helped create decades earlier, he's horrified to discover the well-preserved, frozen arm of a fellow worker. McPherson remembers a secret the man whispered to him that he knew who assassinated John F. Kennedy. When McPherson also turns up dead, CJ Floyd steps in to sort out the details, in the process going on his own hunt for the presidential assassin. CJ's journey is a retrospective trek that has him fielding CIA plots, mafia dons, and Cuban conspirators. But it's not until he realizes that there were two attempts on Kennedy's life prior to his actual assassination in 1963 one in Chicago and one in Tampa that he's able to hone in on who might have really killed the president. The investigation takes him from the pristine mountains of Colorado to the muggy swamps of Louisiana, and ultimately leads him to a grieving, long-silent, Louisiana backwoods Creole mother who may hold the key to what happened. Robert Greer brings his trademark complex but never confusing plot, colorful cast of characters, and stylistic brio to one of America's enduring mysteries in this dazzling whodunit.

Praise For The Mongoose Deception…

“Greer gives the JFK killing a newish spin in a riveting story that will make conspiracy buffs and fans of African American mysteries pleased that they stayed the course.”
—Library Journal

“[CJ] Floyd is up against the biggest mystery of his life, and perhaps the biggest of all time: Who really killed JFK? If anyone is up to tackling the granddaddy of all conspiracy theories, it's Floyd, a dogged investigator with years of experience uncovering the truth in pursuit of all manner of crooks, con men and killers.”
—Westword

Robert Greer lives in Denver where he is a practicing surgical pathologist, research scientist, and professor of pathology and medicine at the University of Colorado Health Sciences Center. He edits the High Plains Literary Review and reviews books for KUVO, a Denver NPR affiliate. Learn more about Robert Greer at www.robertgreerbooks.com.
or
Not Currently Available for Direct Purchase