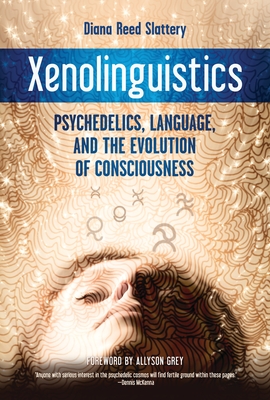 Psychedelics, Language, and the Evolution of Consciousness

Are language and consciousness co-evolving? Can psychedelic experience cast light on this topic? In the Western world, we stand at the dawn of the psychedelic age with advances in neuroscience; a proliferation of new psychoactive substances, both legal and illegal; the anthropology of ayahuasca use; and new discoveries in ethnobotany. From scientific papers to the individual trip reports on the Vaults of Erowid and the life work of Terence McKenna, Alexander and Ann Shulgin, and Stanislav Grof, we are converging on new knowledge of the mind and how to shift its functioning for therapeutic, spiritual, problem-solving, artistic and/or recreational purposes. In our culture, pychonautics, the practices of individuals and small groups using techniques such as meditation, shamanic ritual, ecstatic dance and substances such as LSD and psilocybin for personal exploration, is a field of action and thought in its infancy. The use of psychonautic practice as a site of research and a method of knowledge production is central to this work, the first in-depth book focusing on psychedelics, consciousness, and language.

Xenolinguistics documents the author's eleven-year adventure of psychonautic exploration and scholarly research; her original intent was to understand a symbolic language system, Glide, she acquired in an altered state of consciousness. What began as a deeply personal search, led to the discovery of others, dubbed xenolinguists, with their own unique linguistic objects and ideas about language from the psychedelic sphere. The search expanded, sifting through fields of knowledge such as anthropology and neurophenomenology to build maps and models to contextualize these experiences. The book presents a collection of these linguistic artifacts, from glossolalia to alien scripts, washed ashore like messages in bottles, signals from Psyche and the alien Others who populate her hyperdimensional landscapes.

With an entire chapter dedicated to Terence and Dennis McKenna and sections dedicated to numerous other xenolinguists, this book will appeal to those interested in language/linguistics and the benefits of psychedelic self-exploration, and to readers of science fiction.

Praise For Xenolinguistics: Psychedelics, Language, and the Evolution of Consciousness…

“Diana Reed Slattery, the author and also the inventor (or perhaps discoverer is the better term) of Xenolinguistics, her chosen field, has been exploring the far fringes of the entheosphere for some fifteen years now, mostly with the help of her fungal friends and an occasional assist from MDMA. She is a psychonaut’s psychonaut, boldly pushing off into the numinous oceans of mind in complete solitude, in darkness, often in isolated and remote locations, no copilot off the left wing for this pioneer. Equipped with nothing more than a journal, pen, and of course the key instrument, her discerning and penetrating intellect, she has established contact with an alien Logos, and not just contacted it, but wrested its secrets from the very heart of the Weird. She has returned from her expeditions to the Outer Mongolias of the mind with that rarest of gifts, an alien artifact, Glide, the sinuous, elegant and enigmatic metalanguage that she shares with us in this book. Anyone with serious interest in the cartography of the psychedelic cosmos and the wonders encountered there will find fertile ground for astonishment, appreciation, and puzzlement within these pages.”
—Dennis McKenna

“Weaving together a wide range of scientific, artistic, and experiential voices, Diana Reed Slattery plunges into one of the outstanding enigmas of psychedelia: the place of language. Picking up where Terence McKenna left off, she probes the altered states of language, from shamanic eloquence to ‘downloaded’ symbols to the Other's alien speech. Bringing extraordinary experiences into sparkling dialogue with critical theoretical issues, Slattery has created a marvelous and insightful exemplar of psychonautics in the 21st century.”
—Erik Davis, author of Techgnosis

“In Xenolinguistics: Psychedelics, Language, and the Evolution of Consciousness, Diana Reed Slattery provides an intriguing and far-reaching non-fictional investigation of the linguistic and symbolic constructions of alien languages, such as the visual language Glide on which she based her fascinating novel, The Maze Game. Combining first-hand experience, accounts from other ‘psychonauts’ who use psychedelics to explore unknown territories in altered states of consciousness, and scientific research on the entwinement of language and consciousness, Slattery’s book is highly synthetic and provocative, an exhilarating voyage into what it means to encounter the linguistic alien within and without the self.”
—N. Katherine Hayles, professor of literature, Duke University and author of Cognition Everywhere: The Rise of the Cognitive Nonconscious

“The investigation of language systems presented in Xenolinguistics: Psychedelics, Language, and the Evolution of Consciousness is a bold step forward into the documented but seldom discussed use of psychonautic practices by scientists and philosophers. As people from ancient times onward have used psychoactive substances to deepen their understanding of the world, this research into the construction of alien linguistics applies these venerable tools with focus and discipline. Diana Reed Slattery's courageous immersion into expanded consciousness for the purpose of knowledge creation is part of an exciting new era of exploration and discovery that will continue to inspire future generations of researchers.”
—Annie Oak, founder, Women's Visionary Congress

“Xenolinguistics is one of the most compelling and interesting books that I've ever read in my life; I found it truly difficult to put down. Part frontier science, part mystery adventure, part alien language manual, and part interdisciplinary philosophy, this uniquely envisioned book is impossible to categorize in any traditional form. Slattery breaks new ground, bravely exploring the fascinating relationship between symbolic representation, psychonaut ‘downloads,’ consciousness, and reality. Future generations will surely recognize this cutting-edge book for helping to establish the foundation of humanity’s post-larval entry into the extraterrestrial and inter-dimensional arenas of interspecies communication. Masterfully crafted, alchemically blending a wide range of perspectives, and overflowing with fascinating details about secret languages, rare treasures composed of unusual information, and profound insights elegantly expressed. Psychedelic explorers, science fiction lovers, and students of the unexplained will savor every sentence in this brilliant and thought-provoking book. You can bet that the aliens are certainly paying attention!”
—David Jay Brown, author of The New Science of Psychedelics and Mavericks of the Mind

“Diana Reed Slattery's Xenolinguistics is an extraordinary work: at once a heroic and breathtaking psychonaut’s tale, a highly original philosophical treatise concerning what happens at the edge of language and beyond, and a neurophenomenological meditation that beckons us towards sciences of the future.”
—Marcus Boon, author of The Road of Excess: A History of Writers on Drugs

“Seen through the lens of her perspectives on language, Slattery’s Xenolinguistics provides a comprehensive introduction to the possibilities of disciplined exploration of non-ordinary states of consciousness. Her work catalogues the ways that transdimensional reality may be accessed and explicates its utility as a kind of cosmic search engine from which information on individual self-transformation and collective human ventures may be gathered in a systematic and expedient way.”
—Hidden Mountain, Women’s Visionary Congress

“The ineffable Other has a faithful scribe, and it is Diana Reed Slattery. Slattery has crafted the first codex of languages reaching back to us from the unspeakable. Magic was always incanted into being through alien languages. Slattery has reopened the linguistic doorway for our return to magic.She bravely glided behind the mesh of the cosmos and returned with the news: its all built of language!”
—Bruce Damer, PhD, author of Avatars!: Exploring and Building Virtual Worlds on the Internet

“The intersection of human language and the psychedelic experience was initially brought to light through the work of Terence McKenna. Since his death in 2000, however, there has been far too little work in this field. In fact, I know of only one person who is qualified to take it to the next level. That person is Diana Reed Slattery. Her scholarly background, coupled with a deep understanding of psychedelic culture, places Diana in a perfect position to help us explore one of the central features of our lives, language. Whether you are an experienced psychonaut or budding linguist, Xenolinguistics: Psychedelics, Language, and the Evolution of Consciousness is a book that belongs in your personal library.”
—Lorenzo Hagerty, host of Psychedelic Salon podcasts, and author of The Genesis Generation and The Spirit of the Internet

“Slattery provides us with a first-person ethnographic account of the psychonautic landscape where a first-person science—phenomenological methods and self-reflexivity—organizes her encounters in entheogenic realms. She places psychedelic experiences within a discourse on the phenomenology of knowledge and epistemology and other psychonautic accounts. Her analyses provide a transdisciplinary scope for analyzing the nature of entheogenic worlds. Slattery illustrates how psychedelic technologies extend perception and the senses and permit a reorganization of reality within which the psychonaut functions as an ontological engineer of the entheogenic landscape. The book examines psychedelics in terms of their effects in enhancing certain aspects of extended perception and the increased focus on the mechanics of the formation of perception and reality. A combination of phenomenological description and neurological analysis leads us to a glimpse of a neurophenomenological understanding of the neurognostic landscape of crystal vision, extended perception, hyperconnectivity, hyperconductivity, and multilayered realities and consciousness.  Xenolinguistics’ engagement with entheogenic realities through dialogue with the alien other and emergent xenolinguistic systems instills a zest for the exploration of the further realms of consciousness.”
—Dr. Michael Winkelman, MPH, PhD, co-editor of Psychedelic Medicine and Altering Consciousness

“Effing the ineffable—how to communicate the wordless unspeakable, think the preconceptual, visualize the invisible, symbolize the powerful-vague—psychedelicists and other travelers to other realms of consciousness have been stumped by these topics for millennia. By collecting current and historical examples, Slattery’s Xenolinguistics tackles these conundrums, applies current consciousness theories, and sheds light into these esoteric corners of human communication. Xenolinguistics challenge its readers to wrestle with these topics and to pursue further explorations. The result? A sort of psychedelic psycholinguistics plus an ineffable more.”
—Thomas Roberts, PhD, author of The Psychedelic Future of the Mind

DIANA REED SLATTERY was born in time to compile a full 60s resume: civil rights photojournalism, peace marching, communes. Social justice, self-exploration, and LSD went hand in hand. She went on to co-found an ecologically oriented K-12 school with working farm, dairy, livestock, and forestry that held the first renewable energy conference in Oregon. She later continued her career by founding, funding, and managing a series of not-for-profit organizations. In 1999, in an altered state of consciousness, she acquired a strange, alien script, Glide, beginning a ten-year psychonautic investigation of linguistic phenomena in the psychedelic sphere. Out of this solo—and secret—adventure came a novel, The Maze Game, a million words of session reports, software to work with the language, and a PhD in xenolinguistics. Slattery lives in California, and has presented her work at numerous art, technology, consciousness, and psychedelic conferences over the past 15 years.
Loading...
or
Not Currently Available for Direct Purchase