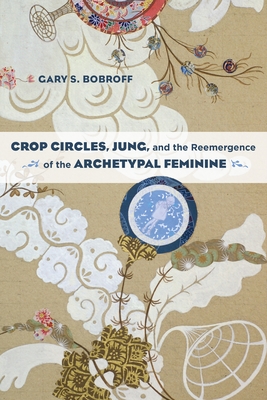 Crop Circles, Jung, and the Reemergence of the Archetypal Feminine

Throwing light on the mysterious phenomenon of crop circles within the context of modern psychological reality, Crop Circles, Jung, and the Reemergence of the Archetypal Feminine in an engaging look at the science, history, and symbolic nature of the mystery of these annually occurring giant-scale works of art. Gary S. Bobroff offers a framework for the reader's own deeper consideration of crop circles by examining both the phenomenon itself and the nature of the era into which it has arrived, with special consideration of its relevance to Jungian archetypal psychology.

Living in the moment of the death of one worldview and the birth of another, our culture suffers from a hyper-masculine inflation that has us alienated, imagining ourselves to be separate from each other and the earth. Today we are presented with environmental, social, and spiritual crises and mysteries that call us back toward closer participation with the world. Crop Circles--formed in living grain--exemplify the archetypal feminine nature of this moment's change: a calling toward conscious, felt engagement with a dynamic, living, mysterious world. Placing this modern "dream" into the context of modern reality, Crop Circles, Jung, and the Reemergence of the Archetypal Feminine considers what it means to live in an era of strange encounters with energies larger than ourselves.

Praise For Crop Circles, Jung, and the Reemergence of the Archetypal Feminine…

“This is a rare and gifted man who will be one of the authentic teachers of his generation.… Gary Bobroff is a stunning writer—graceful, eloquent, subtle—and the skill with which he weaves together his fascination with Crop Circles, the return of the Divine Feminine in our time, and Jungian psychology in what is a kind of ‘spiritual mystery’ exhilarates me.… This is an original masterpiece of a book. Savor it richly, slowly, and gratefully, and many interlinked secrets will be revealed to you, and in you.”—from the foreword by Andrew Harvey, founder of the Institute for Sacred Activism

“By invoking the perspectives of the great psychologist C. G. Jung, Gary Bobroff provides penetrating insights into one of the most puzzling phenomena of our time.”—Larry Dossey, MD, author of One Mind

“Crop Circles, Jung, and the Reemergence of the Archetypal Feminine is one of the most original and valid approaches to the crop circles that I have read for a long time, and the author is to be congratulated for opening the subject out to a new area of investigation! Bobroff's appearance at the renowned Glastonbury Symposium conference to discuss the themes of the book was very well received and inspired many people to take a fresh look at an old but continuing mystery, opening the doors to important and deeper layers of understanding.”—Andy Thomas, author of Vital Signs, The Truth Agenda, and Conspiracies

“Unflinchingly intelligent! Vital and important, original, insightful, and resonant with hope. [The author] fearlessly acknowledges the deep mystery inherent in the Crop Circle phenomenon and gently offers a way for people to absorb, accept, and understand.”—Laura Ferguson, director of the College of the Melissae

“I learned more from Gary Bobroff about masculine and feminine archetypal energies and how they manifest in the world than from any other book in my substantial Jungian library. His approach is neither a return to the Goddess nor a repeal of the Warrior but a siren call to balance both ‘intelligences’ for the salvation of our planet.”—Diane Croft, author of The Unseen Partner

“A tremendous achievement! Clear, lucid, and comprehensive!”—Anne Baring, author of The Dream of the Cosmos and The Myth of the Goddess

"Both psychologically grounded and open to the inspiring awe of this new wonder, Bobroff's approach is one that is accessible to everyone, and no prior exposure to Jung or crop circles is required"—K. D. Farris, author of Meshe, Heshe, Mison, and Orbit

Gary S. Bobroff, M.A., has an undergraduate degree in philosophy from the University of British Columbia, Canada, and a master's degree in Jungian Psychology from the Pacifica Graduate Institute in Santa Barbara, California. He has been privileged to visit crop circles in the United Kingdom, Canada, and the United States. He is also the developer of Our Archetypal Nature, a popular course in Jungian psychology. He speaks and leads workshops internationally. The author lives in Vancouver, BC, Canada.
Loading...
or
Not Currently Available for Direct Purchase