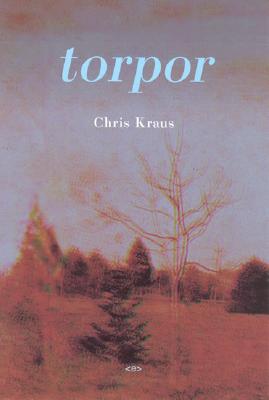 Sylvie wanted to believe that misery could simply be replaced with happiness. Time was a straight line, stretching out before you. If you could create a golden kind of time and lay it right beside the other time, the time of horror, Bad History could just recede into the distance without ever having to be resolved.--from TorporSet at the dawn of the New World Order, Chris Kraus's third novel, Torpor loops back to the beginning of the decade that was the basis of I Love Dick, her pseudo-confessional cult-classic debut. It's summer, 1991, post-MTV, pre-AOL. Jerome Shafir and Sylvie Green, two former New Yorkers who can no longer afford an East Village apartment, set off on a journey across the entire former Soviet Bloc with the specious aim of adopting a Romanian orphan. Nirvana's on the radio everywhere, and wars are erupting across Yugoslavia.Unhappily married to Jerome, a 53-year-old Columbia University professor who loathes academe, Sylvie thinks only of happiness. At 35, she dreams of stuffed bears and wonders why their lives lack the tremulous sincerity that pervades thirtysomething, that season's hot new TV show. There are only two things, Sylvie thinks, that will save them: a child of their own, and the success of The Anthropology of Unhappiness, her husband's long-postponed book on the Holocaust. But as they move forward toward impoverished Romania, Jerome's memories of his father's extermination at Auschwitz and his own childhood survival impede them.Savagely ironic and deeply lyrical, Torpor explores the swirling mix of nationalisms, capital flows and negative entropy that define the present, haunted by the persistence of historical memory. Written in the third person, it is her most personal novel to date.

Jon F. Merz is Associate Professor in the Department of Medical Ethics at the University of Pennsylvania School of Medicine.
Loading...
or support indie stores by buying on
(This book is on backorder)