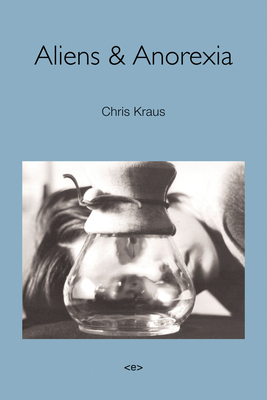 A novel about failure, empathy, and sadness, with a cast of characters that includes Simone Weil, Paul Thek, and the author herself.

First published in 2000, Chris Kraus's second novel, Aliens & Anorexia, defined a female form of chance that is both emotional and radical. Unfolding like a set of Chinese boxes, with storytelling and philosophy informing each other, the novel weaves together the lives of earnest visionaries and failed artists. Its characters include Simone Weil, the first radical philosopher of sadness; the artist Paul Thek; Kraus herself; and "Africa," Kraus's virtual S&M partner, who is shooting a big-budget Hollywood film in Namibia while Kraus holes up in the Northwest woods to chronicle the failure of Gravity & Grace, her own low-budget independent film.

In Aliens & Anorexia, Kraus makes a case for empathy as the ultimate perceptive tool, and reclaims anorexia from the psychoanalytic girl-ghetto of poor "self-esteem." Anorexia, Kraus writes, could be an attempt to leave the body altogether: a rejection of the cynicism that this culture hands us through its food. As Palle Yourgrau writes in the book's new foreword, "Kraus's rescue operation for aliens like Weil from behind enemy lines on planet Earth is a gift, if, in the end, like all good deeds, it remains--as Weil herself would be the first to insist--a fool's errand."

The author of four novels, the most recent of which is Summer of Hate, and two books of criticism, Chris Kraus was recently described by the New York Observer as "the art world's favorite fiction writer." She teaches at European Graduate School and lives in Los Angeles.
Loading...
or support indie stores by buying on
(This book is on backorder)