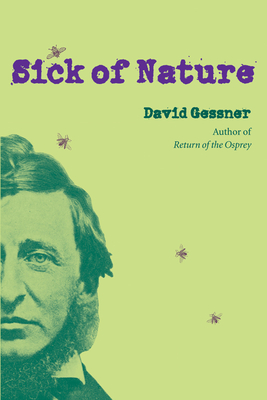 David Gessner’s Return of the Osprey is "among the classics of American nature writing," said the Boston Globe. So why does this critically acclaimed nature writer now declare himself to be "sick of nature"? In diverse, diverting, and frequently hilarious essays, Gessner wrestles with father figures both biological and literary, reflects on the pleasures and absurdities of the writing life, explores the significance of place for both his work and his sense of well-being, and rails at the confines of the nature genre even as he continues to find fresh inspiration for his writing in the natural world. In the end, he learns to embrace—or at least tolerate—the label he once rejected. Whether kicking at the limits of his category or explaining why he was fired from his job as a bookstore clerk; whether recalling his youthful obsession with Ultimate Frisbee or recounting an adventure in the jungles of Belize; whether lampooning his own writerly envy of Sebastian Junger or raging at the over-development of Cape Cod or searching for solace in nature in the wake of September 11, Gessner ranges from the personal to the natural in lyrical reflections on writing, self, and society. In a powerful concluding essay, Gessner moves from the arrival of coyotes in the suburbs of Boston to the birth of his first child in an extended meditation on his characteristic themes of wildness, place, and creativity.

DAVID GESSNER is author of A Wild, Rank Place (UPNE, 1997), Under the Devil’s Thumb (1999) and Return of the Osprey: A Season of Flight and Wonder (2001), which was a selection of the Book of the Month Club and named one of the top ten nonfiction titles of 2001 by the Boston Globe. He has taught environmental writing at Harvard University and is currently an assistant professor in the creative writing program at University of North Carolina Wilmington.
Loading...
or
Not Currently Available for Direct Purchase