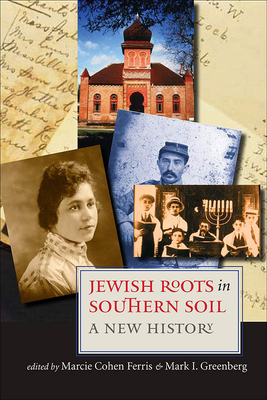 Jews have long been a presence in the American South, first arriving in the late seventeenth century as part of exploratory voyages from Europe to the New World. Two of the nation’s earliest Jewish communities were founded in Savannah in 1733 and Charleston in 1749. By 1800, more Jews lived in Charleston than in New York City. Today, Jews comprise less than one half of one percent of the southern population but provide critical sustenance and support for their communities. Nonetheless, southern Jews have perplexed scholars. For more than a century, historians have wrestled with various questions. Why study southern Jewish history? What is the southern Jewish experience? Is southern Jewish culture distinctive from that of other regions of the country, and if so, why? Jewish Roots in Southern Soil: A New History addresses these questions through the voices of a new generation of scholars of the Jewish South. Each of this book’s thirteen chapters reflects a response with particular attention paid to new studies on women and gender; black/Jewish relations and the role of race, politics, and economic life; popular and material culture; and the changes wrought by industrialization and urbanization in the twentieth century. Essays address historical issues from the colonial era to the present and in every region of the South. Topics include assimilation and American Jewish identity, southern Jewish women writers, the Jewish Confederacy, Jewish peddlers, southern Jewish racial identity, black/Jewish relations, demographic change, the rise of American Reform Judaism, and Jews in southern literature.