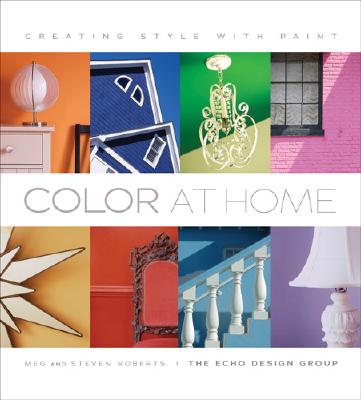 Meg Roberts is the Design Director of Home for the Echo Design Group. She received her BFA in textiles from the Rhode Island School of Design. Steven Roberts is president and chief executive officer of Echo Design Group. After completing undergraduate work at Trinity College, he received his MBA from New York University. Meg and Steven live in a suburb of New York City with their three children. Brenda Cullerton is a writer specializing in fashion and style. In addition to writing the text for the previous two Echo books, she is the author of Abrams' Geoffrey Beane. She lives in New York City. Eric Laignel is a photographer whose work has appeared in magazines and books all over the world. He splits his time between New York and Paris.
Loading...
or
Not Currently Available for Direct Purchase