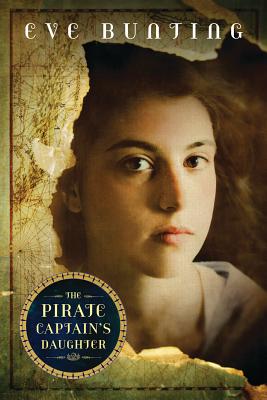 “At age 15, Catherine joins her father aboard his pirate ship disguised as 'Charlie.' She has dreamed that life as a pirate would be exciting and romantic, but instead finds that it is a life of weevils in her food, a filthy crew for company, a brutal code, and the constant danger that she might be discovered. This is a truly swashbuckling tale!”
— Shirley Mullin, Kids Ink, Indianapolis, IN
View the List

At age fifteen, Catherine's life is about to change. Her mother has just died and Catherine can't stand the thought of being sent to live with her aunt in Boston. She longs for a life of adventure.

After she discovers her father's secret life as captain of the pirate ship Reprisal, her only thoughts are to join him on the high seas. Catherine imagines a life of sailing the blue waters of the Caribbean, the wind whipping at her back. She's heard tales of bloodshed and brutality but her father's ship would never be like that.

Catherine convinces her father to let her join him, disguised as a boy. But once the Reprisal sets sail, she finds life aboard a pirate ship is not for the faint of heart. If her secret is uncovered, punishment will be swift and brutal.