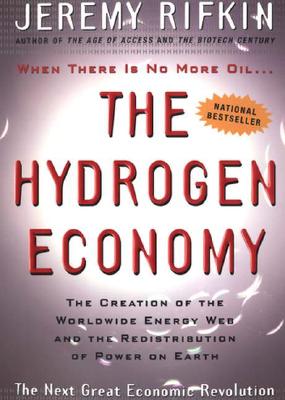 The road to global security," writes Jeremy Rifkin, "lies in lessening our dependence on Middle East oil and making sure that all people on Earth have access to the energy they need to sustain life. Weaning the world off oil and turning it toward hydrogen is a promissory note for a safer world." Rifkin's international bestseller The Hydrogen Economy presents the clearest, most comprehensive case for moving ourselves away from the destructive and waning years of the oil era toward a new kind of energy regime. Hydrogen-one of the most abundant substances in the universe-holds the key, Rifkin argues, to a cleaner, safer, and more sustainable world.

One of the most popular social thinkers of our time, Jeremy Rifkin is the bestselling author of The European Dream, The Hydrogen Economy, The Age of Access, The Biotech Century, and The End of Work. A fellow at the Wharton School's Executive Education Program, he is president of The Foundation on Economic Trends in Bethesda, MD.
Loading...
or
Not Currently Available for Direct Purchase