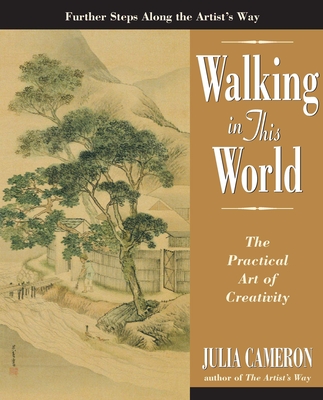 Walking in This World

In this long-awaited sequel to the international bestseller The Artist's Way, Julia Cameron presents the next step in her course of discovering and recovering the creative self.

Walking in This World picks up where Julia Cameron's bestselling book on the creative process, The Artist's Way, left off to present readers with a second course—Part Two in an amazing journey toward discovering our human potential. Full of valuable new strategies and techniques for breaking through difficult creative ground, this is the "intermediate level" of the Artist's Way program.


A profoundly inspired work by the leading authority on the subject of creativity, Walking in This World is an invaluable tool for artists. This second book is followed by Finding Water, the third book in The Artist's Way trilogy.

Praise For Walking in This World: The Practical Art of Creativity (Artist's Way)…

Praise for THE ARTIST'S WAY...

“For those seeking the wellspring of creativity, this book, like its predecessor, is a solid gold diving rod.”
--PUBLISHERS WEEKLY


Praise for ARTISTS WAY EVERY DAY…

“I’ve been a huge fan of Julia Cameron’s work since I first delved into THE ARTIST’S WAY over a decade ago. Since then she’s continued to create a series of inspirational books, the latest of which is THE ARTIST’S WAY EVERY DAY, a wonderful collection of meditations and daily inspiration. A great addition to any collection of meditation and inspirational materials, Ms. Cameron’s new offering is sure to guide you in a new direction.”
--Dishmag.com

“Now, Cameron’s most vital work is accessible in a daily guide. Intended for study for the course of a year, THE ARTIST’S WAY EVERY DAY extracts the essential teachings from Cameron’s groundbreaking work and assigns them to each of the 365 days.”
--Business Woman