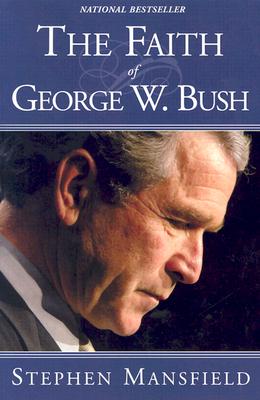 The Faith of George W. Bush

In the first book to explore the religious ideals and background of the 43rd president of the United States, The Faith of George W. Bush discusses how Bush's spiritual beliefs shape his private life as well as drive his policies and politics. More than any other presidency in recent years, George W. Bush's presidency is "faith based." He has often said that faith saved his life, nurtured his family, established his political career, and helped form the destiny of the nation. Discover how Bush incorporates his faith and belief in God into every detail of life. From his devotional time alone each morning to his frequent use of Scripture in his speeches, the president relies upon his faith to direct his actions and goals. The Faith of George W. Bush recounts Bush's conversion to Christianity in 1986, when he overcame a growing dependence on alcohol by turning to the Bible to save his marriage and family. From the tragedy of September 11 to the conflict in Iraq, President Bush has learned to use his faith to help him live his public and private life. This revealing book will inspire others to do the same.

Stephen Mansfield is the author of numerous books on history and leadership, including The Faith of George W. Bush, a New York Times bestseller.
Loading...
or
Not Currently Available for Direct Purchase