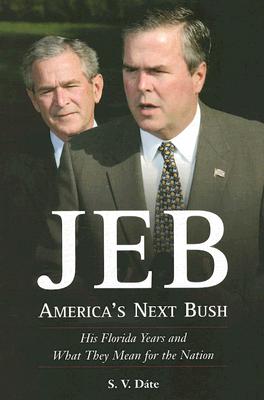 Jeb Bush, Florida's governor and a dutiful prince, was groomed his entire life for the presidency, only to learn that life isn't fair when his far less industrious black sheep brother beat him to the job.

S. V. Date, who, as Tallahassee bureau chief of The Palm Beach Post, has covered Jeb for eight years, rejects the trend in political journalism that focuses only on American Idol-like artifice--who's up and who's down and what are the latest poll numbers?--and muckrakes his way to the core of Jeb in this revealing account of his Florida years.

This was no easy task, for in Jeb's kingdom dissent is frowned upon and journalists are supposed to be accommodating stenographers, not steadfast reporters. Date soon became the biggest journalistic thorn in Jeb's side, producing award-winning stories that revealed the real winners and losers of Bush's policies. Jeb's second and final term as Florida governor ended in January 2007. He left office a popular man in his home state, and revered by the national Republican Party's conservative base. True, Bush fatigue may result in Jeb settling for the vice-presidency in 2008-he's already discussed this possibility with John McCain-and maybe NFL commissioner in 2007, but his day will come, and Date shows us why: Jeb, unlike his brother George, is a policy wonk, knows how to take charge when a natural disaster strikes, is a workaholic, eloquently speaks without notes, and, at six-four, has a larger-than-life charismatic presence that makes even opponents say: "I want him to like me."