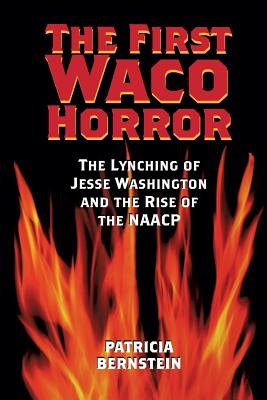 The Lynching of Jesse Washington and the Rise of the NAACP (Centennial Series of the Association of Former Students, Texas A&M University #10)

In 1916, in front of a crowd of ten to fifteen thousand cheering spectators watched as seventeen-year-old Jesse Washington, a retarded black boy, was publicly tortured, lynched, and burned on the town square of Waco, Texas. He had been accused and convicted in a kangaroo court for the rape and murder of a white woman. The city’s mayor and police chief watched Washington’s torture and murder and did nothing. Nearby, a professional photographer took pictures to sell as mementos of that day.

The stark story and gory pictures were soon printed in The Crisis, the monthly magazine of the fledgling NAACP, as part of that organization’s campaign for antilynching legislation. Even in the vast bloodbath of lynchings that washed across the South and Midwest during the late 1800s and early 1900s, the Waco lynching stood out. The NAACP assigned a young white woman, Elisabeth Freeman, to travel to Waco to investigate, and report back.  The evidence she gathered and gave to W. E. B. Du Bois provided grist for the efforts of the NAACP to raise national consciousness of the atrocities being committed and to raise funds to lobby antilynching legislation as well.

In the summer of 1916, three disparate forces - a vibrant, growing city bursting with optimism on the blackland prairie of Central Texas, a young woman already tempered in the frontline battles for woman’s suffrage, and a very small organization of grimly determined “progressives” in New York City - collided with each other, with consequences no one could have foreseen. They were brought together irrevocably by the prolonged torture and public murder of Jesse Washington - the atrocity that became known as the Waco Horror.

Drawing on extensive research in the national files of the NAACP, local newspapers and archives, and interviews with the descendants of participants in the events of that day, Patricia Bernstein has reconstructed the details of not only the crime but also its aftermath. She has charted the ways the story affected the development of the NAACP and especially the eventual success of its antilynching campaign. She searches for answers to the questions of how participating in such violence affected the lives of the mob leaders, the city officials who stood by passively, and the community that found itself capable of such abject behavior.

Patricia Bernstein, who holds a degree in American studies from Smith College, has managed her own public relations firm in Houston for the past twenty years. Her articles have been published in Smithsonian Magazine, Texas Monthly, Cosmopolitan, and other magazines. The First Waco Horror is her second book.

Praise For The First Waco Horror: The Lynching of Jesse Washington and the Rise of the NAACP (Centennial Series of the Association of Former Students, Texas A&M University #10)…