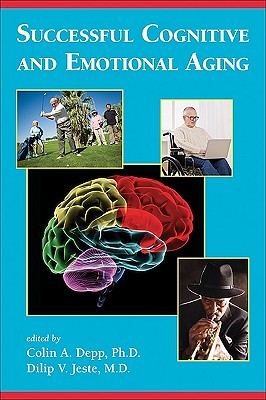 The critical importance of brain health to the well-being of older adults is becoming increasingly clear. However, an important aspect that interests most people relates to what clinicians and their adult patients and family members can do to retain and even improve cognitive and emotional functioning as they age. Successful Cognitive and Emotional Aging thoroughly discusses the neuroscience of healthy aging and presents effective strategies for staying lively, engaged, and positive.

The book is organized into three parts. The first one, focusing on behavioral and psychosocial aspects, strives to place cognitive aging in a broad context. With chapters that explore such topics as the meaning of wisdom, the role of spirituality in healthy aging, and what centenarians can teach us about cognition and emotion, this section sets the stage for a rich, robust, yet nuanced treatment of its subject. The second part addresses the biological aspects and presents the scientific foundations of cognitive aging, as well as reviews the research on the role of factors such as stress, resilience, and diet. Finally, the third section addresses prevention and intervention strategies in a practical, down-to-earth fashion, addressing questions such as "What environments encourage physical activity?" and "How can we promote resilience?"

Several features of the book are especially noteworthy: - The book bridges the gap between popular science for a lay audience and the heavily theoretical, academic approach of other books on the aging brain, making it suitable not only for clinicians but for their patients and family members as well.- The fascinating story of an innovative intergenerational school makes the case for meaningful activity--not just for the older participants but for the entire community--and is suggestive of the plethora of possible programs that might prove effective at keeping the older population engaged and contributing.- Results from a 70-year longitudinal study are extensively reviewed and identify the coping strategies that seem to bring about well-being in older age.- The most promising strategies for successful aging, applicable to a large majority of the population, are summarized by the editors so that clinicians as well as consumers of healthcare may implement them as they see fit.

As the baby boomers reach what used to be considered "old age," the demand for evidence-based strategies for retaining and improving cognition will only increase. Fortunately, as the editors note, it is never too early or too late to start working toward the goal of improving brain health.