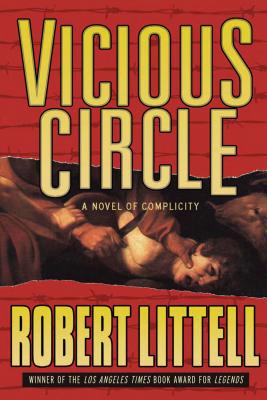 A Novel of Mutual Distrust

Out of this familiarly cyclical scenario emerges what is perhaps Robert Littell s most heartfelt and suspenseful novel. The action moves forward into the near future, when the global community, united under the leadership of a visionary woman president of the United States, brokers a major compromise between Israel and the Palestinian authority in the hopes of snuffing out the violent flash-point that fuels the flames of global terrorism. But then, Isaac Apflbaum, a well-known fundamentalist Rabbi, is taken hostage by Dr. al-Saath, a legendary Palestinian terrorist, who demands the release of several Palestinian prisoners in exchange for his prisoner. As Israel coaxes Elihu out of retirement to hunt down the terrorist who motivated his final mission, al-Saath and Apflbaum find themselves building an extraordinary relationship between hostage taker and hostage: parallels between these two battle-hardened partisans become the bonds that could lead to reconciliation. But with the Mossad strike team closing in, has the vicious circle already been closed. Ferociously suspenseful and brilliantly topical, Vicious Circle is a thriller that, like The Company before it, breaks down an entire culture of violence into the corrupted consciences that embody it.

Robert Littell was born, raised, and educated in New York. A former Newsweek editor specializing in Soviet Affairs, he left journalism in 1970 to write fiction full time. He has been writing about the Soviet Union and Russians since his first novel, the espionage classic The Defection of A.J. Lewinter. He is the author of 18 novels, including the critically acclaimed The Debriefing, The Sisters, The Once and Future Spy, the New York Times bestselling The Company, and Legends.
Loading...
or
Not Currently Available for Direct Purchase