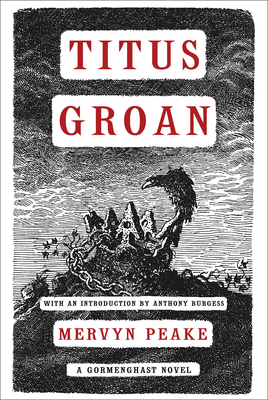 As the novel opens, Titus, heir to Lord Sepulchrave, has just been born. He stands to inherit the miles of rambling stone and mortar that form Gormenghast Castle. Meanwhile, far away and in the kitchen, a servant named Steerpike escapes his drudgework and begins an auspicious ascent to power.Inside of Gormenghast, all events are predetermined by complex rituals, the origins of which are lost in time. The castle is peopled by dark characters in half-lit corridors. Dreamlike and macabre, Peake's extraordinary novel is one of the most astonishing and fantastic works in modern fiction.

Mervyn Peake (1911-1968) was a playwright, painter, poet, illustrator, short story writer, and designer of theatrical costumes, as well as a novelist. Among his many books are the celebrated Gormenghast novels, Titus Groan, Gormenghast, and Titus Alone, and the posthumously published Titus Awakes, the lost book of Gormenghast finished by Peake's wife Maeve Gilmore after his death. The Gormenghast novels, as well as Peake's other writings Mr. Pye and Peake's Progress, are all available from The Overlook Press.
Loading...
or support indie stores by buying on