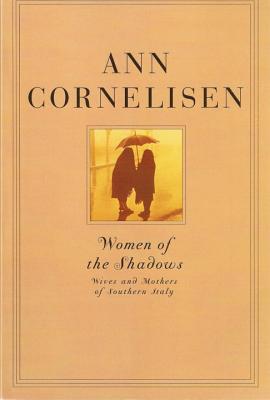 Women of the Shadows

With haunting photographs and piercing descriptions, Women of the Shadows depicts the secluded women of southern Italy and their passionate, painful, heartrending existence. Cornelisen, who lived among these women in the mountainous villages of Lucania after World War II, reveals their struggles during a time when most of their men had to leave for factories in the industrial north. The women remained behind to work the fields. There's Peppina, Ninetta, Teresa, Maria, Pinuccia, and Cettina, all women who "have done things of which they are not proud; they know it in their hearts, as one woman said, that nothing is private, they would also agree with her conclusion: That doesn't mean you get used to it." With an extraordinary understanding of the interior lives of these and other women, Cornelisen brings them out of the shadows to tell their heroic stories in a book which truly merits the label "classic." A new introduction by the author suggests that the more things change, the more, in essence, they remain the same.

Praise For Women of the Shadows: Wives and Mothers of Southern Italy (Italia)…

"Required reading for all those whose work is with poor people." --Library Journal

"One of those rare works that deserves a place alongside Oscar Lewis's Children of Sanchez and James Agee's Let Us Now Praise Famous Men." -- San Francisco Chronicle

"Read these portraits . . . Ann Cornelisen knows these women so well, and her regard for them is so loving, complicated, and despairing that her book is worth a shelf of dissertations on Italian village life." -- New York Times Book Review

Ann Cornelisen is the author of four other books, including Torregreca and Any Four Women Could Rob the Bank of Italy. In 1974 she received a special award from the National Institute of Arts and Letters. After spending decades in southern Italy, she now lives in the United States, in Georgia.
Loading...
or support indie stores by buying on