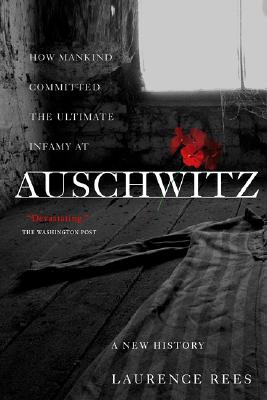 This vivid and harrowing narrative history of the most notorious concentration camp of the Holocaust preserves the authentic voices of survivors and perpetrators The largest mass murder in human history took place in World War II at Auschwitz. Yet its story is not fully known. In Auschwitz, Laurence Rees reveals new insights from more than 100 original interviews with survivors and Nazi perpetrators who speak on the record for the first time. Their testimonies provide a portrait of the inner workings of the camp in unrivalled detail-from the techniques of mass murder, to the politics and gossip mill that turned between guards and prisoners, to the on-camp brothel in which the lines between those guards and prisoners became surprisingly blurred. Rees examines the strategic decisions that led the Hitler and Himmler to make Auschwitz the primary site for the extinction of Europe's Jews-their "Final Solution." He concludes that many of the horrors that were perpetrated in Auschwitz were the result of a terrible immoral pragmatism. The story of the camp becomes a morality tale, too, in which evil is shown to proceed in a series of deft, almost noiseless incremental steps until it produces the overwhelming horror of the industrial scale slaughter that was inflicted in the gas chambers of Auschwitz.

Laurence Rees is an award-winning historian and documentary film maker, and author of Auschwitz, and Holocaust, both published by PublicAffairs. He lives in London.
Loading...
or support indie stores by buying on
(This book is on backorder)