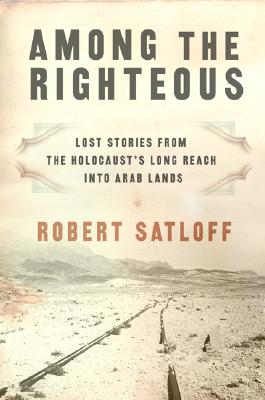 Lost Stories from the Holocaust's Long Reach into Arab Lands

Was there an Arab "Schindler?" The neverbefore- told story of the Holocaust in the Arab lands of North Africa, and one man's quest to find the truth

Robert Satloff, an expert on Arab and Islamic politics, is executive director of The Washington Institute for Near East Policy. Soon after 9/11, he and his family moved to Rabat, Morocco, where he launched a search for Arab heroes of the Holocaust. He lives in Chevy Chase, Maryland, with his wife, Jennie Litvack, and two sons, Benjamin and William.
Loading...
or
Not Currently Available for Direct Purchase