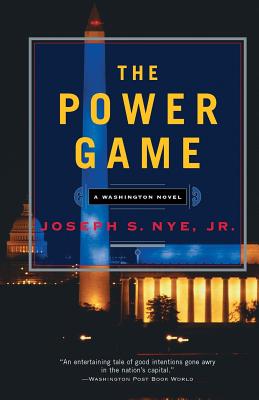 Peter Cutler is a respected Princeton professor living a quiet academic life when an old college friend makes him an offer he can't refuse: The position of foreign policy adviser for Democratic presidential candidate Wayne Kent. Cutler takes the job and eagerly jumps into the political fray. When Kent wins the election, Cutler's thrilled to find himself Under Secretary of State. But he soon discovers that the power politics of Washington are a far cry from the comforts of university life. In order to survive, he must participate in a ruthless tug-of-war in which everyone struggles to promote his own agenda. As Cutler becomes increasingly absorbed in the underhanded tactics of bureaucratic survival and the charms of an old girlfriend working in the Pentagon, his initial foreign policy goals recede into the background. Ultimately, the allure and hypocrisy of political life cause him to alienate everyone he cares about—and to make one life-altering political miscalculation.

Joseph S. Nye, Jr., Dean of the Kennedy School of Government at Harvard University, was Chairman of the National Intelligence Council and Assistant Secretary of Defense in the Clinton administration. He is the author of several books, including The Paradox of American Power: Why the World's Only Superpower Can't Go It Alone and Bound to Lead: The Changing Nature of American Power. PublicAffairs also published his political thriller, The Power Game.
Loading...
or support indie stores by buying on