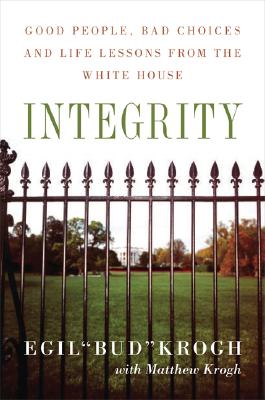 SOON TO BE AN HBO SERIES, "THE WHITE HOUSE PLUMBERS," STARRING WOODY HARRELSON AND JUSTIN THEROUX

In 1971, Egil "Bud" Krogh was summoned to a closed-door meeting by John Ehrlichman, his mentor and key confidant of President Richard Nixon, in a secluded office in the Western White House. Krogh thought he was walking into a meeting to discuss the drug control program launched on his most recent trip to South Vietnam. Instead, he was handed a file and the responsibility for the SIU, Special Investigations Unit, later to become notorious as "The Plumbers." The unit was to investigate the leaks of top-secret government documents, particularly the Pentagon Papers, to the press. The president considered this task critical to national security. Nixon said he wanted the unit headed up by a "real son of a bitch." He got the studious, zealous, and loyal-to-a-fault Bud Krogh instead.

In that instant, Krogh was handed the job that would lead to one of the most famous conspiracies in presidential history and the demise of the Nixon administration. Integrity is Krogh's memoir of his experiences-of what really went on behind closed doors, of how a good man can lose his moral compass, of how exercising power without integrity can destroy a life. It also tells the moving story of how he turned his life back around. For anyone interested in the ethical challenges of leadership, or of professional life, Integrity is thought-provoking and inspiring reading.

Egil "Bud" Krogh made headlines as a Nixon Administration official who went to prison for his role in what would be known as the Watergate scandals. He is a practicing lawyer in Seattle, Washington.
or support indie stores by buying on
Copyright © 2020 American Booksellers Association