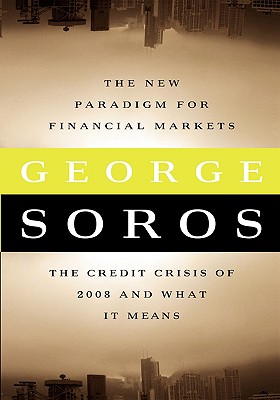 The Credit Crash of 2008 and What it Means

In the midst of the most serious financial upheaval since the Great Depression, legendary financier George Soros explores the origins of the crisis and its implications for the future. Soros, whose breadth of experience in financial markets is unrivaled, places the current crisis in the context of decades of study of how individuals and institutions handle the boom and bust cycles that now dominate global economic activity. "This is the worst financial crisis since the 1930s," writes Soros in characterizing the scale of financial distress spreading across Wall Street and other financial centers around the world. In a concise essay that combines practical insight with philosophical depth, Soros makes an invaluable contribution to our understanding of the great credit crisis and its implications for our nation and the world.

He is chairman of Soros Fund Management and founder of a global network of foundations dedicated to supporting open societies. Soros is the author of several bestselling books including The Crash of 2008 and The Crisis of Global Capitalism.
or support indie stores by buying on
Copyright © 2020 American Booksellers Association