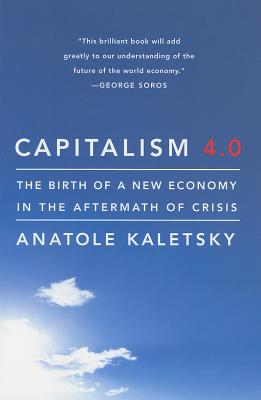 The Birth of a New Economy in the Aftermath of Crisis

In this controversial book, Anatole Kaletsky puts the upheavals of 2007-2009 in historical and ideological perspective. He shows how the forces that precipitated the financial meltdown are now creating a new and stronger version of the global capitalist system-- one that will continue to be led and shaped by the U.S. if its businesses and politicians play their cards well. This is Capitalism 4.0, and it will change politics, finance, international relations, and economic thinking in the coming decades.

Anatole Kaletsky is editor-at-large of the Times of London, where he writes weekly columns on economics, politics, and international relations, and a founding partner and chief economist of GaveKal Capital, a Hong Kong-based investment company. He is on the governing board of the New York-based Institute for New Economic Theory.
Loading...
or support indie stores by buying on