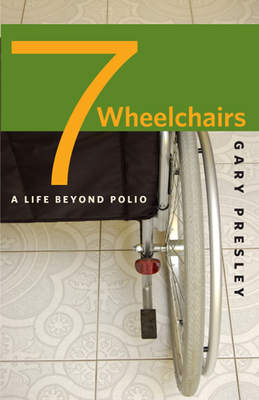 A Life beyond Polio

In 1959, seventeen-year-old Gary Presley was standing in line, wearing his favorite cowboy boots and waiting for his final inoculation of Salk vaccine. Seven days later, a bad headache caused him to skip basketball practice, tell his dad that he was too ill to feed the calves, and walk from barn to bed with shaky, dizzying steps. He never walked again. By the next day, burning with the fever of polio, he was fastened into the claustrophobic cocoon of the iron lung that would be his home for the next three months. Set among the hardscrabble world of the Missouri Ozarks, sizzling with sarcasm and acerbic wit, his memoir tells the story of his journey from the iron lung to life in a wheelchair.

Presley is no wheelchair hero, no inspiring figure preaching patience and gratitude. An army brat turned farm kid, newly arrived in a conservative rural community, he was immobilized before he could take the next step toward adulthood. Prevented, literally, from taking that next step, he became cranky and crabby, anxious and alienated, a rolling responsibility crippled not just by polio but by anger and depression, “a crip all over, starting with the brain.” Slowly, however, despite the limitations of navigating in a world before the Americans with Disabilities Act, he builds an independent life.

Now, almost fifty years later, having worn out wheelchair after wheelchair, survived post-polio syndrome, and married the woman of his dreams, Gary has redefined himself as Gimp, more ready to act out than to speak up, ironic, perceptive, still cranky and intolerant but more accepting, more able to find joy in his family and his newfound religion. Despite the fact that he detests pity, can spot condescension from miles away, and refuses to play the role of noble victim, he writes in a way that elicits sympathy and understanding and laughter. By giving his readers the unromantic truth about life in a wheelchair, he escapes stereotypes about people with disabilities and moves toward a place where every individual is irreplaceable.

Praise For Seven Wheelchairs: A Life beyond Polio…

“Seven Wheelchairs is a compelling account of one man’s struggle to learn to live well with a significant disability. Presley’s memoir powerfully recounts the physical and psychological challenges he faced during his long recovery from polio. It is also a moving story of how the love and care of his parents and later his wife helped him enjoy life seated in his wheelchairs.”—Dan Wilson, author, Living with Polio: The Epidemic and Its Survivors

Gary Presley was born in 1942 in Long Beach, California; he now lives and writes in Springfield, Missouri. Between 1965 and 2000 he worked in insurance sales and commercial radio. His essays have been published in the Springfield News-Leader, Ozark Mountaineer, Missouri Review, Salon.com, Notre Dame Magazine, and New Mobility.
Loading...
or
Not Currently Available for Direct Purchase