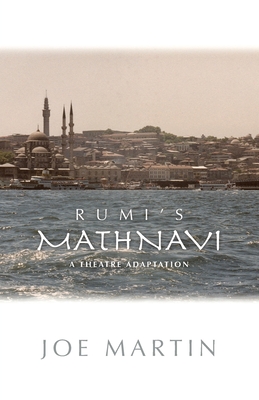 In conjunction with UNESCO's designation of 2007 as the "Year of Rumi," Joe Martin (Yousef Daoud) released a stage adaptation of Rumi's Mathnavi. For ten years, Rumi had been the best selling poet in America. But until Joe Martin's book, most English speakers had found it almost impossible to get a sense of the world of his greatest work, the Mathnavi. The first edition of Joe Martin's dramatic adaptation provided that opportunity. But the first edition has been unavailable for about five years.

The second edition will again give a wide audience an authentic taste of Rumi's six-volume work, in a reader's edition, accompanied by photographs from the 2005 production of the play. The adaptation utilizes loyal renderings directly from the Persian and Reynolds Nicholson's famous six-volume Persian and English version of the major work by the man often called the Shakespeare of the Middle East. Rumi's spiritual philosophy and strangely postmodern ability to shift between genres-from parables, to commentaries, to lyric flights of poetry-combine to make his work the most all embracing, open-hearted and powerful of texts to come out of the Islamic world. Rumi's writing is one of the single greatest antidotes to the "clash of civilizations" thinking used by ideologues on two sides to challenge the peace of the world. A dozen key parables and songs demonstrating the Sufi philosophy of the Unity of Being provide the body the text.

Rumi's Mathnavi was first sponsored by the Center for Global Peace and the Department of Performing Arts at American University in a reader's theatre version in 1999 and 2000. Versions of it have been produced at the La MaMa ETC main stage in New York and elsewhere. In 2006, the piece toured the East coast cities as a theatre-for-peace project-with discussions hosted by Quakers, conflict resolution specialists, Imams, Rabbis, a Sufi Sheikh, and well-known peace activists including Iraqi-American Andy Shallal. Performed in the traditional Sufi circle with live musicians and Persian dance, it became a ritual realization of Rumi's book. UNESCO in conjunction with the Turkish Embassy -- representing the country where the Persian poet lived most of his life-has issued a medallion for the year of Rumi, recognizing his present importance for the world. The events scheduled for this year that also honor Rumi and his incomparable poetic work include a documentary film on current-day students of Rumi and a CD of his poetry set to music. A feature film on the life of Rumi is currently in the works.