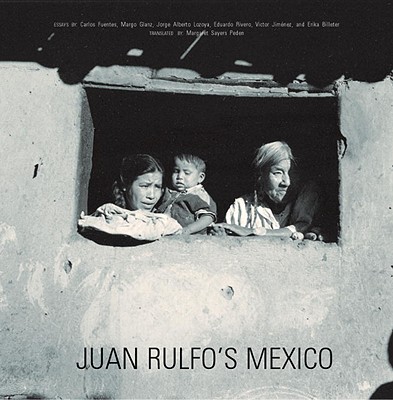 Juan Rulfo was one of the great literary innovators of the twentieth century. His 1955 novel Pedro Paramo is considered one of the foundational classics of magic realism, predating One Hundred Years of Solitude by more than a decade. Lesser known are his haunting photographs of Mexico, which exhibit remarkable parallels to his prose. The photographs, mainly taken between 1945 and 1955, do not tell stories: they present thoughts. The images of people and their land, women in their traditional dress, musicians with their instruments, capture the calm, quiet, inner rhythms of Mexico's rural population. Rulfo extracts unique moments through his photographs; his images of desolate, abandoned buildings, their walls destroyed by artillery shells, are expressions of his nation's painful history. His quietly dramatic landscapes recall the work of Ansel Adams and Edward Weston while displaying a style that is truly his own. This collection of 175 images is the only comprehensive collection of Juan Rulfo's photographs available. The six essays preceding the images illuminate the photographs and pay tribute to one of Mexico's most enduring literary and visual artists.

Juan Rulfo's (1918-1986) contributions to literature were recognized in 1970 when he was awarded Mexico's National Prize for Literature and in 1985 when he received the Cervantes Prize from Spain.
or
Not Currently Available for Direct Purchase
Copyright © 2020 American Booksellers Association