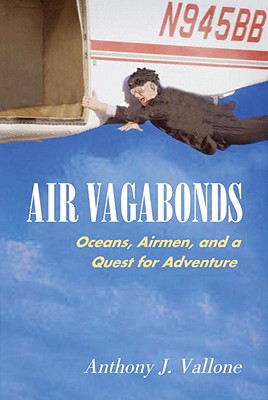 Oceans, Airmen, and a Quest for Adventure

Air Vagabonds is the story of the amazing, true (mis)adventures of a band of rogues piloting aircraft alone into exotic and deadly destinations.

In the late 1970s and through the 1980s the demand for light aircraft eclipsed anything seen before or since. This created the need for a small air force of pilots—ferry pilots—willing to fly thousands of planes to clients in every corner of the globe. Long-range solo flying is not for everyone, and it attracted a cast of eccentric, unforgettable mavericks who flew from one misadventure to the next, battling storms, desert winds, aircraft malfunctions, primitive navigational aids, loneliness, chemical imbalances, and dangerous Third World politics. Some carried on international scams and love affairs, some were lost at sea, some imprisoned by African despots. They’re all here, described with humor and high drama by one of their own, a survivor with phenomenal recall, a knack for distinguishing character from bluster, and a great ear for dialogue and aviation lore.

An international aircraft ferry pilot from 1974-1995, Anthony J. Vallone was in the industry from the beginning of light aircraft manufacturing.
Loading...
or
Not Currently Available for Direct Purchase