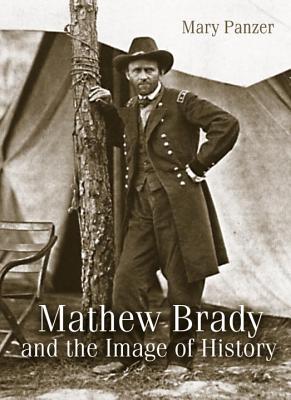 Mathew Brady and the Image of History

Modern memory of the Civil War owes much to the lens of Mathew Brady, one of the most famous and paradoxical figures in American photography. During a career that spanned the 1840s to the 1890s, Mathew Brady consciously set out to capture the pivotal moments of the second half of the nineteenth century. The best of his brilliant work is here, including his famous portraits of President Lincoln, Ulysses S. Grant, Jefferson Davis, the Union dead, and Robert E. Lee—haunting images that strove to create the vision of a stable, purposeful republic even as national identity was fragmenting.

Praise For Mathew Brady and the Image of History…

“This book of revisionist art history . . . takes as its subject one of America’s most iconic and revered figures. . . . It opens a new chapter in thinking about the portrayal of American life of the last century.”—New York Times Book Review

“Depicts Brady’s huge range of work for the first time in more than a century and outlines . . . his ambitious quest to create a kind of visual history of America.”—Washington Post

“Ms. Panzer’s thoughtful, occasionally elegiac book brings up many of the issues involved in the recording and manufacture of history through images . . . [Brady] wrote history on the spot so that future citizens could read in his pictures what their country stood for when it was still young.”—Vicki Goldberg, author of American Photography: A Century of Images, in New York Times

Mary Panzer teaches at Hunter College and New York University and writes on photography and American history. She lives in New York City.
Loading...
or
Not Currently Available for Direct Purchase