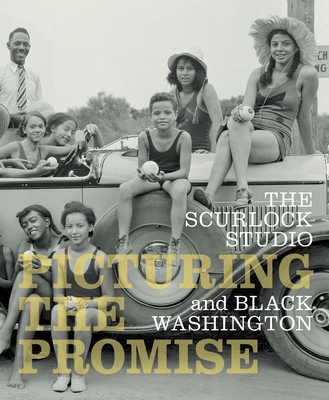 The Scurlock Studio and Black Washington

Nearly a century's worth of Scurlock photographs combine to form a searing portrait of black Washington in all its guises—its challenges and its victories, its dignity and its determination. Beginning in the early twentieth century and continuing into the 1990s, Addison Scurlock, followed by his sons, Robert and George, used their cameras to document and celebrate a community unique in the world, and a stronghold in the history and culture of the nation's capital.

Through photographs of formal weddings, elegant cotillions, ballet studios, and quiet family life, the Scurlocks revealed a world in which the black middle class refused to be defined or held captive by discrimination. From its home on the vibrant U Street corridor, the Scurlock Studio gave us indelible images of leaders and luminaries, of high society and working class, of Washingtonians at work and at play. In photograph after photograph, the Scurlocks captured an optimism and resiliency seldom seen in mainstream depictions of segregated society.

Luminaries such as Duke Ellington, Ralph Bunche, Mary McLeod Bethune, Alain Locke, Martin Luther King, Jr., and Lois Mailou Jones testify to the intellectual and cultural vibrancy that was unique to Washington and an inspiration to the nation. Photographs of a Peoples Drugstore protest and Marian Anderson's Easter morning concert at the Lincoln Memorial remind us that the struggle for equality in black Washington began long before the civil rights movement of the 1960s. Offering a rich lens into our past, The Scurlock Studio and Black Washington is a powerful trigger of personal and historical memory.

Praise For The Scurlock Studio and Black Washington: Picturing the Promise…

“The book tells a fascinating story of the complex social and cultural world of African Americans in 20th-century Washington and opens a window into the broader world of black America and the struggle for racial justice.”—James Oliver Horton, Benjamin Banneker Professor Emeritus of American Studies and History, George Washington University

“This wonderful compilation provides a valuable visual narrative of a critical era in the evolution of black Washington. Capturing the people, places, and events that helped shape a powerful city, the Scurlocks created a precious historical record of transition and change in the nation's capital.”—Ronald Walters, Distinguished Leadership Scholar, Professor of Government and Politics, University of Maryland

“‘Those were the days!’ This beautiful book reminds me of the 1940s and ’50s, a time when sitting for a Scurlock photograph signified a rite of passage. I sat in 1948 by which time I knew something of the significance of such a venture. This book offers readers a delightful trip back to that memorable time.”—John Hope Franklin, James B. Duke Professor Emeritus of History, Duke University, and 1995 recipient of the Presidential Medal of Freedom

“With more than 100 images, this book is a proud celebration of a vibrant community from the early to late twentieth century.”—Booklist

The Scurlock Studio and Black Washington: Picturing the Promise is the companion volume to the National Museum of African American History and Culture's (NMAAHC) exhibition that opened in January 2009. This was the inaugural exhibition of the new NMAAHC Gallery at the National Museum of American History, where all of the NMAAHC's exhibitions will be held until its museum building opens in 2015.