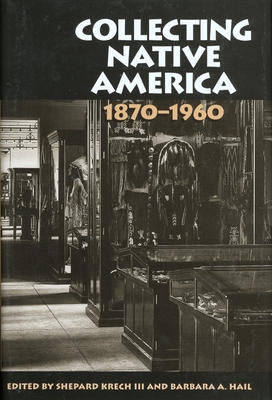 Between the 1870s and 1950s collectors vigorously pursued the artifacts of Native American groups. Setting out to preserve what they thought was a vanishing culture, they amassed ethnographic and archaeological collections amounting to well over one million objects and founded museums throughout North America that were meant to educate the public about American Indian skills, practices, and beliefs.

In Collecting Native America contributors examine the motivations, intentions, and actions of eleven collectors who devoted substantial parts of their lives and fortunes to acquiring American Indian objects and founding museums. They describe obsessive hobbyists such as George Heye, who, beginning with the purchase of a lice-ridden shirt, built a collection that—still unsurpassed in richness, diversity, and size—today forms the core of the Smithsonian's National Museum of the American Indian. Sheldon Jackson, a Presbyterian missionary in Alaska, collected and displayed artifacts as a means of converting Native peoples to Christianity. Clara Endicott Sears used sometimes invented displays and ceremonies at her Indian Museum near Boston to emphasize Native American spirituality. The contributors chart the collectors' diverse attitudes towards Native peoples, showing how their limited contact with American Indian groups resulted in museums that revealed more about assumptions of the wider society than about the cultures being described.

Shepard Krech III is professor of anthropology and the director of the Haffenreffer Museum of Anthropology at Brown University. His most recent book is The Ecological Indian: Myth and History (1999).