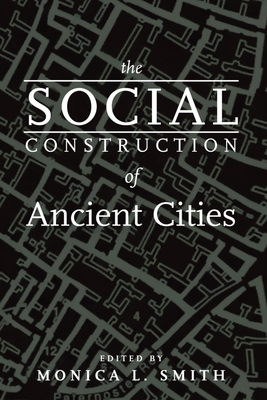 The Social Construction of Ancient Cities

What made ancient cities successful? What are the similarities between modern cities and ancient ones? The Social Construction of Ancient Cities offers a fresh perspective on ancient cities and the social networks and relations that built and sustained them, marking a dramatic change in the way archaeologists approach them. Examining ancient cities from a “bottom up” perspective, the authors in this volume explore the ways in which cities were actually created by ordinary inhabitants. They track the development of urban space from the point of view of individuals and households, providing new insights into cities' roles as social centers as well as focal points of political and economic activities.

Analyzing various urban communities from residences and neighborhoods to marketplaces and ceremonial plazas, the authors examine urban centers in Africa, Mesoamerica, South America, Mesopotamia, the Indian subcontinent, and China. Collectively they demonstrate how complex networks of social relations and structures gave rise to the formation of ancient cities, contributed to their cohesion, and sustained their growth, much as they do in modern urban centers.

The authors' analyses draw from ancient texts as well as archaeological surveys and excavations of urban architecture and other material remains, including portable objects for daily use and comestibles. They show clearly how early urban dwellers consciously developed dense interdependent social networks to satisfy their needs for food, housing, and employment, forged their own urban identities, and generally managed to thrive in the crowded, bustling, and competitive environment that characterized ancient cities. Not least of all, they suggest how urban leaders and urban dwellers negotiated a consensus that enabled them to achieve both mundane and extraordinary goals, in the process establishing their unique ritual, legal, and social status.

Monica L. Smith is an assistant professor in the Department of Anthropology, University of California, Los Angeles.
Loading...
or
Not Currently Available for Direct Purchase