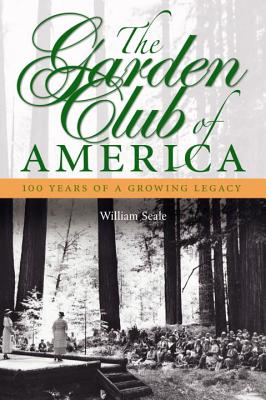 The Garden Club of America (Hardcover)

One Hundred Years of a Growing Legacy

How women changed the American landscape from planting war victory gardens to saving the redwoods, beautifying the highway to creating horticultural standards.

In 1904, Elizabeth Price Martin founded the Garden Club of Philadelphia. In 1913, twelve garden clubs in the eastern and central United States signed an agreement to form the Garden Guild. The Garden Guild would later become the Garden Club of America (GCA), now celebrating its 100th anniversary in 2013. GCA is a volunteer nonprofit organization comprised of 200 member clubs and approximately 18,000 members throughout the country.

Comprised of all women, GCA has emerged as a national leader in the fields of horticulture, conservation, and civic improvement. As an example, in 1930, GCA was a key force in preserving the redwood forests of California, helping to create national awareness for the need to preserve these forests, along with contributing funds to purchase land on which they stood. The Garden Club of America Grove and the virgin forest tract of Canoe Creek contain some of the finest specimens of the redwood forests.

The Garden Club of America is a centennial celebration of strong women who nurtured the country, helped spread the good word of gardening, and continue to plant seeds of awareness.

WILLIAM SEALE is a historian and the author of The White House: History of an American Idea and of several other books on state capitols, courthouses, and historic restoration. Editor of White House History, the journal of the White House Historical Association, he lives in Texas and Washington, D.C.
or
Not Currently Available for Direct Purchase
Copyright © 2020 American Booksellers Association