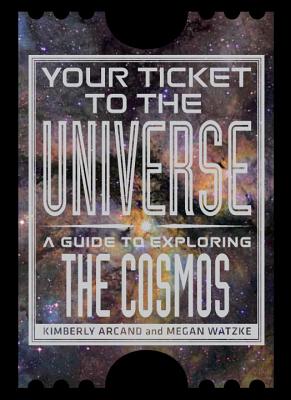 Your Ticket to the Universe

A Guide to Exploring the Cosmos

An entertaining and accessible trip to the most interesting stops in the cosmos. Accompanied by dramatic visuals, Your Ticket to the Universe is a hybrid coffee-table book and field guide.

KIMBERLY K. ARCAND and MEGAN WATZKE have a combined 25 years of experience working to bring the wonders of the cosmos to the public. Arcand is the media coordinator and Watzke is the press officer for NASA's Chandra X-ray Observatory, which has its headquarters at the Smithsonian Astrophysical Observatory in Cambridge, Massachusetts. They are the award-winning creators of the "From Earth to the Universe" program, a series of 1,000 astronomy exhibitions and activities initiated in 2008 in public spaces such as gardens, metro stations, airports, hospitals, and town squares throughout the world. Arcand and Watzke are authors of dozens of published articles and scholarly journal articles. Their writings have appeared in the New York Times online, the Christian Science Monitor online, National Geographic online, SEED magazine online, Mercury magazine, Sky and Telescope's Beautiful Universe annual publication, and numerous professional journals. They are widely recognized as creative leaders in reaching out to the public and exposing new audiences to the wonders of astronomy.
Loading...
or support indie stores by buying on
(This book is on backorder)