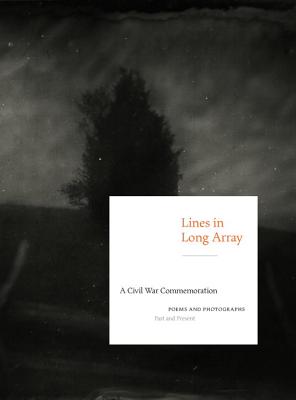 A Civil War Commemoration: Poems and Photographs, Past and Present

Lines in Long Array demonstrates the enduring impact of the Civil War on American culture by presenting poems and photographs from both the past and present, including 12 wholly new poems by contemporary poets created especially for this volume.

DAVID C. WARD is a historian at the Smithsonian's National Portrait Gallery. He is the coauthor of the award-winning Hide/Seek: Difference and Desire in American Portraiture and author of Charles Willson Peale: Art and Selfhood in the Early Republic. Ward is also a poet whose collection, Internal Difference, was published in 2011. FRANK H. GOODYEAR III is the co-director of the Bowdoin College Museum of Art in Brunswick, Maine. He was previously curator of photographs at the Smithsonian’s National Portrait Gallery. He is the author of Faces of the Frontier: Photographic Portraits of the American West, 1845-1924, Zaida Ben-Yusuf: New York Portrait Photographer, and Red Cloud: Photographs of a Lakota Chief.
Loading...
or
Not Currently Available for Direct Purchase